Dear travelling Diary (and the readers of this blog),

It is time for my very first blog post in here so I want to introduce myself in German.

So I am 25 years old Veera from Finland. I came from Oulu, which is located in northern Finland on the coast of Gulf of Bothnia (Pohjanlahti).  I have studied in the University of Oulu for four years now and I really like the city and studying there. I am originally from Kuopio, which is located in the middle of Finland (a beautiful city as well). I study to become a primary school teacher. I am studying on my master studies first year so I should graduate at the spring 2023. The school system in Austria and Finland differ much and I will write about it later.  My decision to become an exchange student was really spontaneous and it tells of my personality as well. I decided to have your university the first at my SoleMove applications because I have always been interested of Austria's culture and nature. I also thought that Feldkirch's location is really good for travelling in Central Europe.

My first two weeks in Austria have been awesome. I really have fell in love with the mountains. I have also been really happy of all the support and kindness that people have given to me. I am happy that I have been able to travel around the Voralrberg  (Feldkirch, Dornbirn, Hohenems, Bludenz, Bregenz) and meet nice people here. I have also visited Zürich and Milano. I have studied a bit German in Oulu last autumn and I am interested to learn more while this spring.

Things I have noticed here in Austria:

- You are really good at sorting of waste

- Mountains are huge and everywhere

- There is also flowers and animals everywhere (love those as well)

- Spring come earlier than in Finland

- Public transport (and the trains) are so good

They keep saying that cliché that photos tell more than thousands of words so I will leave here also a few pictures. 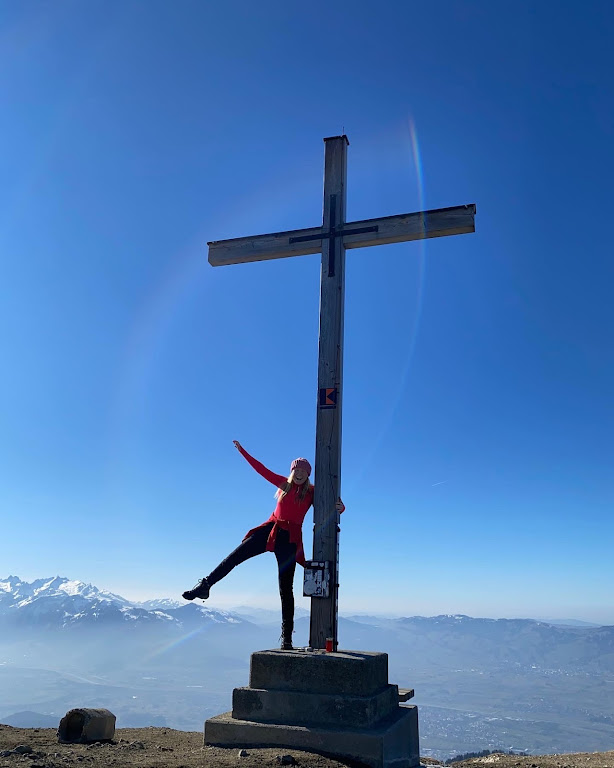 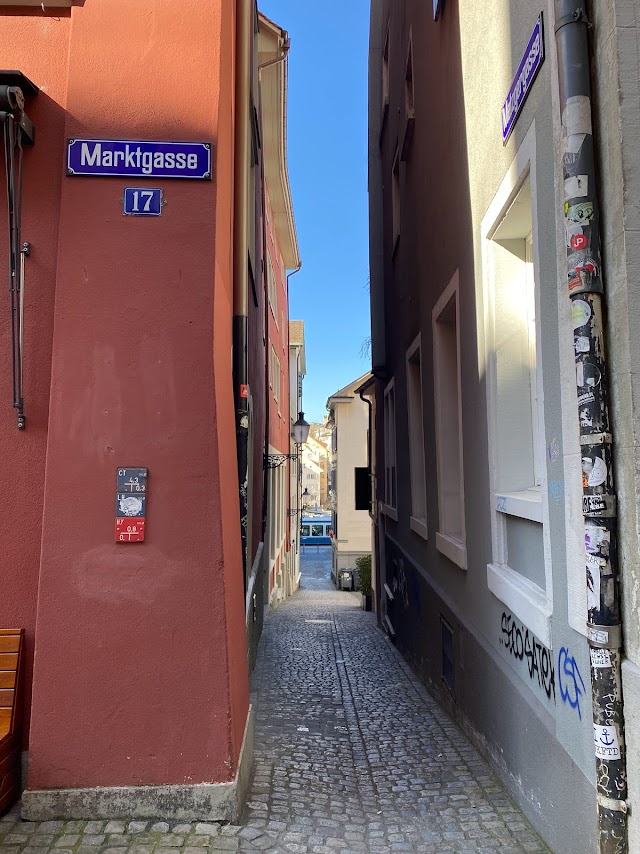 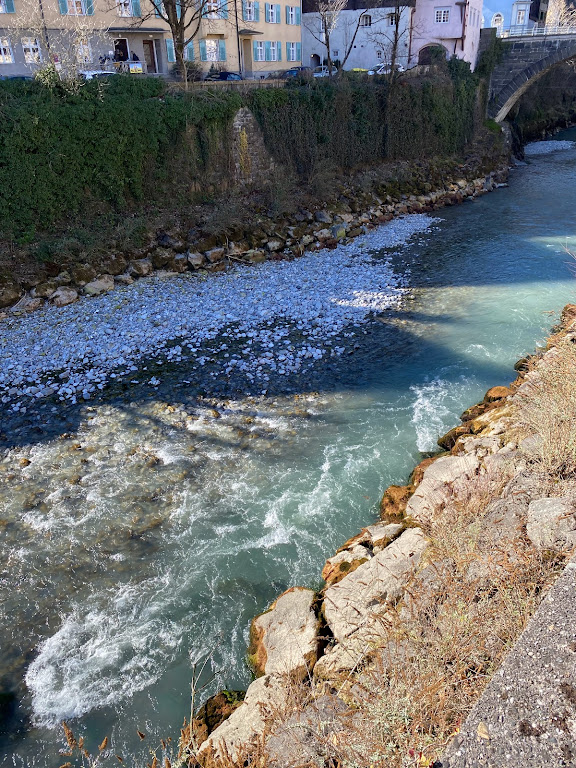 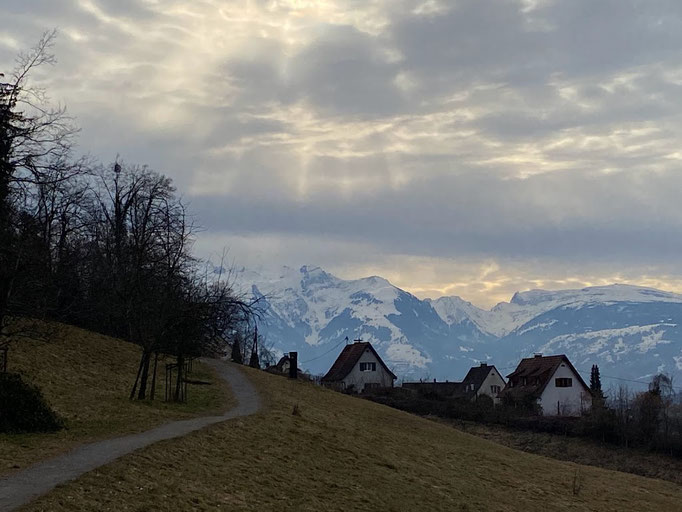 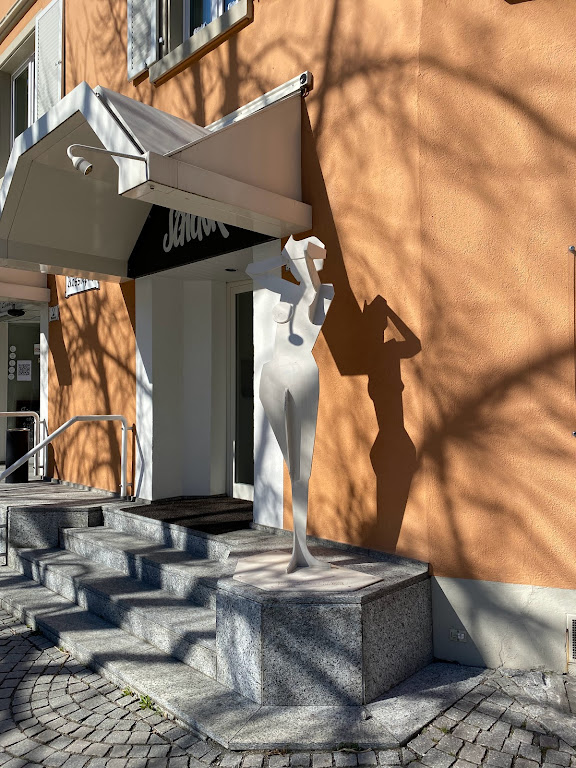 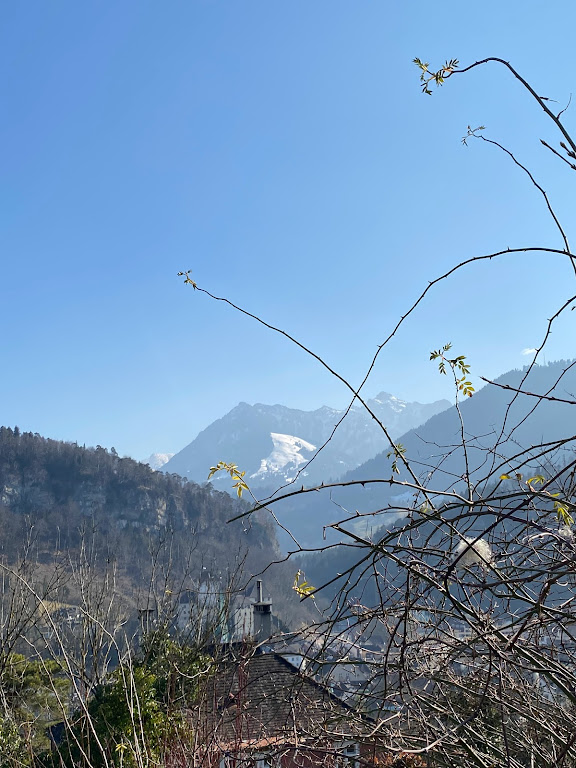 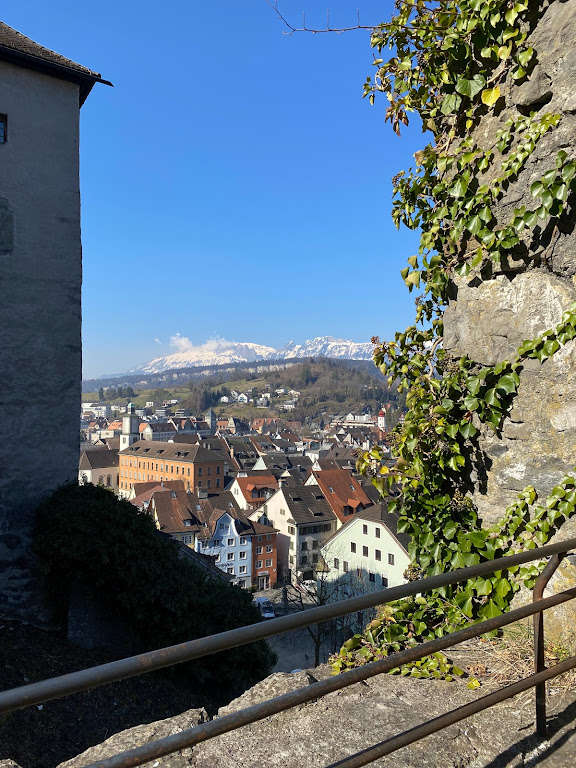 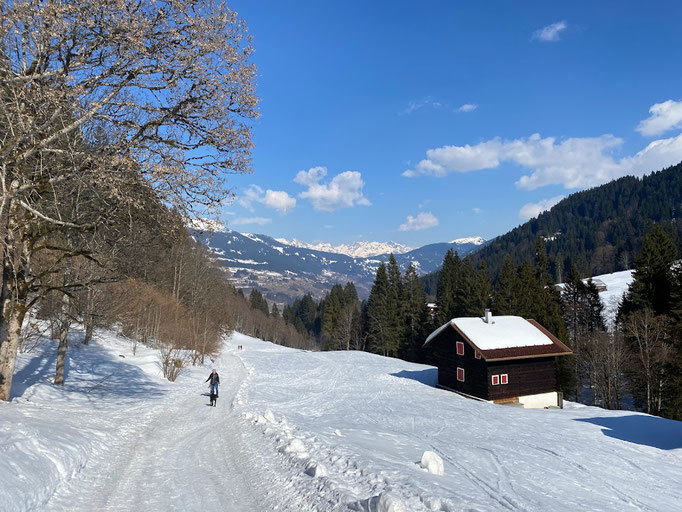 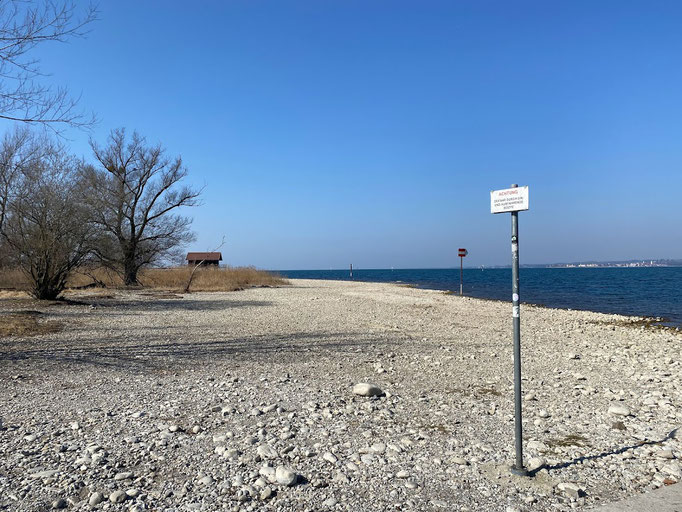 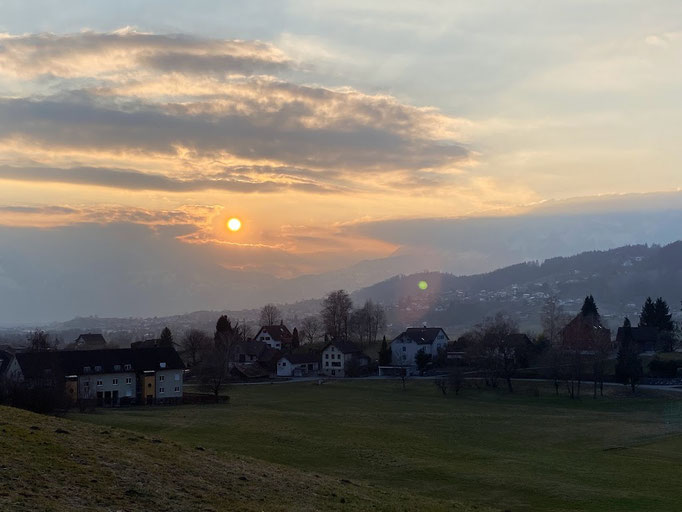 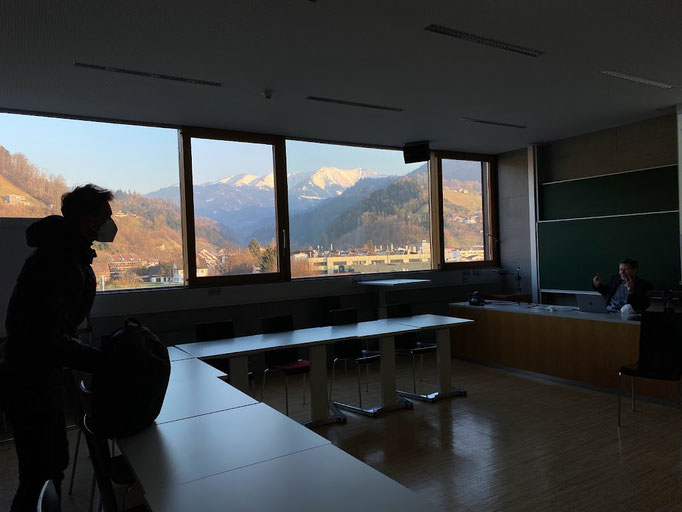 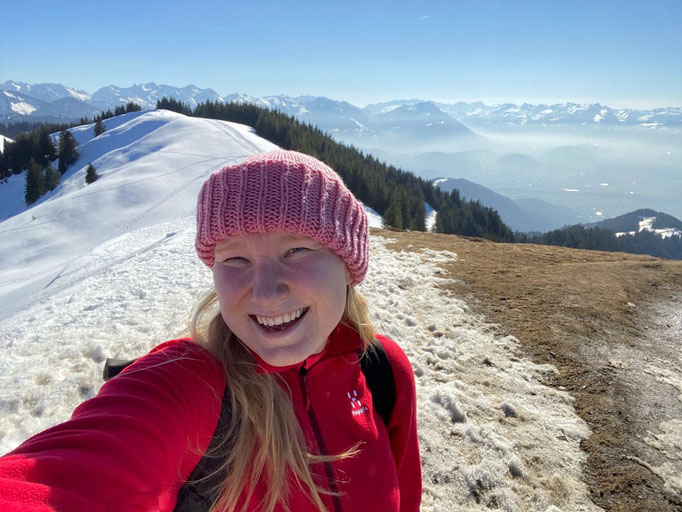 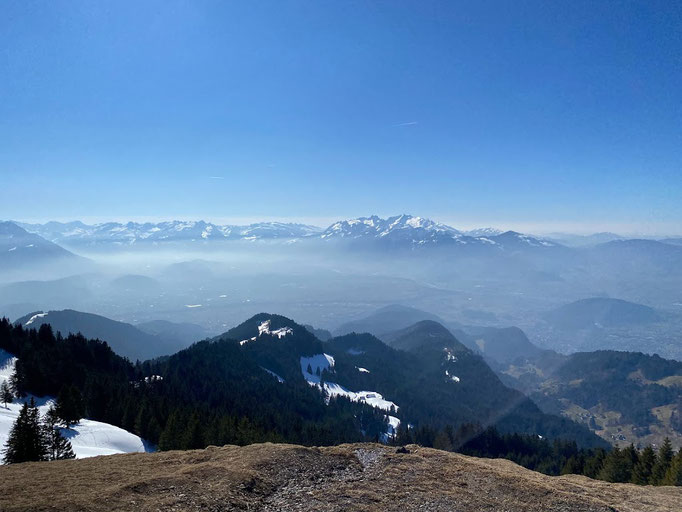 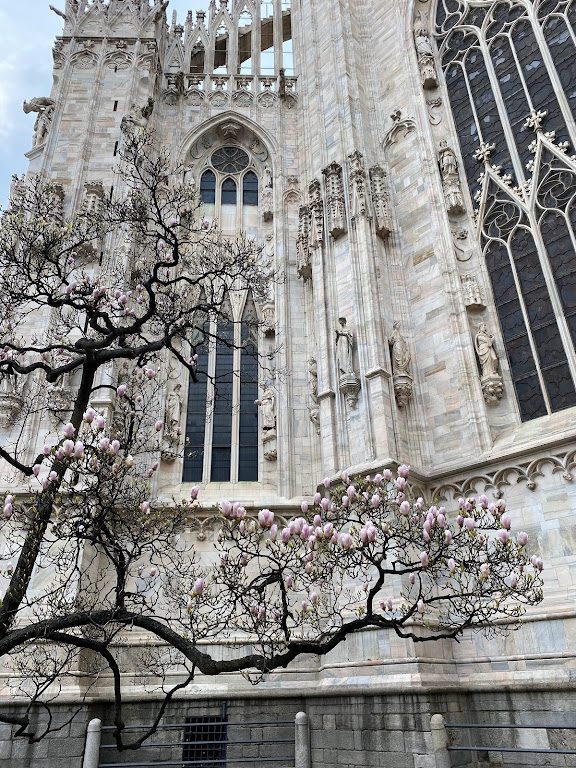 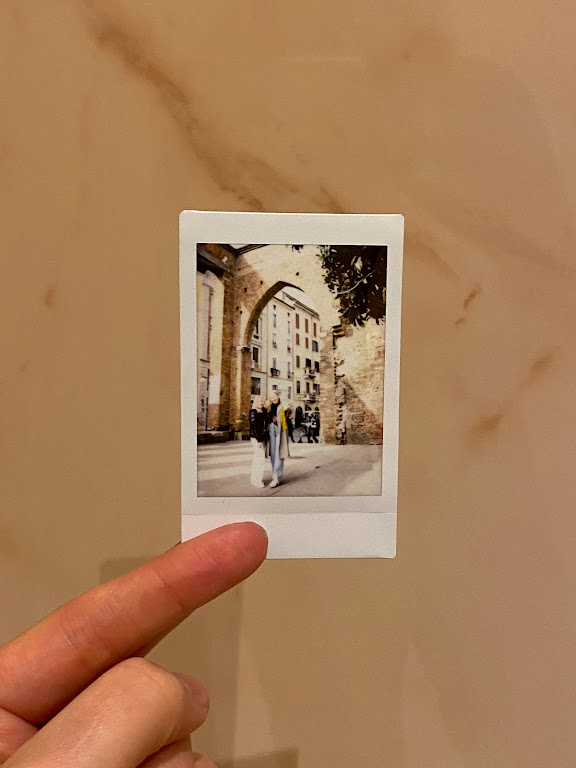 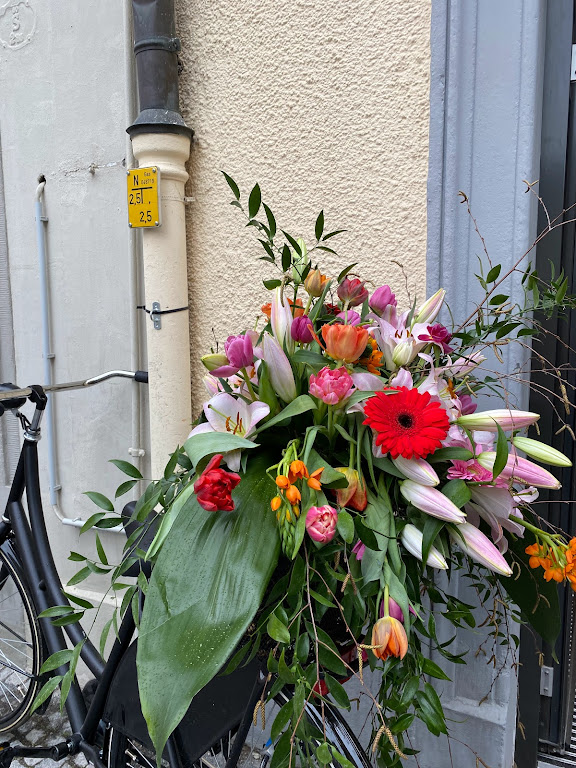 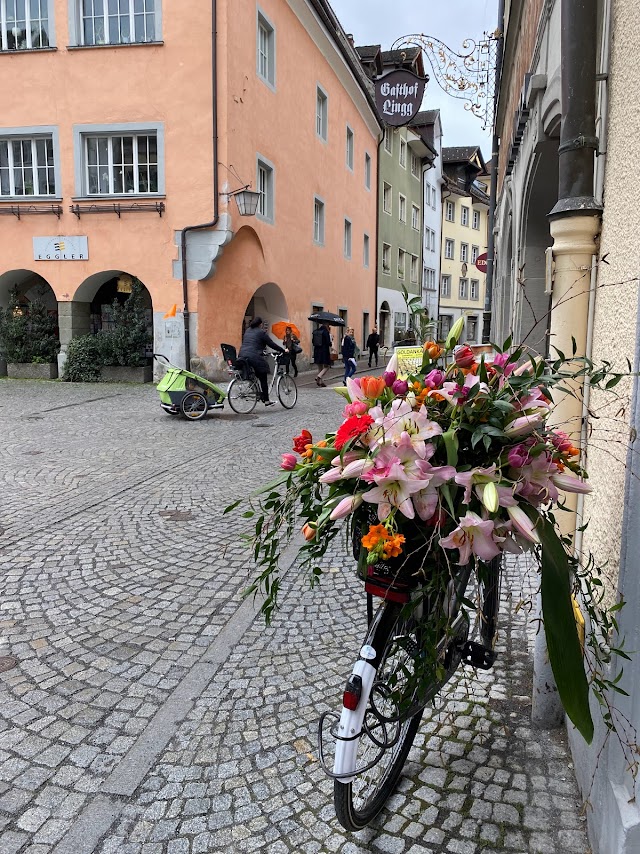 today I want to talk about cultural differences between Austria and Finland.

I have noticed some thing so there you go, a list of those:

-"Mahlzeit" is used even with a strangers. In Finland we don't say "hyvää ruokahalua" that often. It is more unusual than usual.

-Garbage bags are leaved in the streets waiting for the garbage trucks. We have always shared or own garbage sorting points which garbage trucks came and empty a trash.

-In Austria very polite language is used. The titles are important. I n the primary school children call the teacher as a "Ms. Vepsäläinen" and in the university the students call the professors as a "Ms. Proff. Vepsäläinen" for example. Titles and surname must to be used until you have a permission to use their first name. Finns rarely ever use those titles.

-Austrians have own words for woman and men in every professions. Finnish language has usually just one word for different kind of professions that is used with women and men.

-Mensas food is a bit more expensive than in Finland, because in Finland KELA (social insurance institution of Finland) pays a part of our school food. A meal in university's restaurants costs for example in Restaurant Foodoo (University of Oulu) 2,70e for a student.

-Austrians have bakerys, different kind of sausages and cheeses much more than Finns.

-Bakerys and cafés are also much used.

-Austrians seem to respect your local food and have for example "Milchautomaten".

-There is really much animals here in Voralrberg. When you walk or travell around you can easily see chickens, sheeps, cows, horses, dogs and cats wandering around. In Finland animals are usually seen specially in the countryside and in the winter you will not see those often, because they have to stay inside.

-People are usually so kind and helpful.

-Austrians use small talk. Finns have bigger personal space and don't use that much small talk.

-Gardening is popular and flower are really everywhere. Finland's growing season is so short so we don't do that much gardening.

-Austrian people really appreciate the nature and our climat. Finns do also, but maybe not that much.

-Arriving on time is popular (even the public transport). It is not that big problem to be a bit late in Finland.

Since my very first day I have made this observations that are different Austria and Finland.

I am looking forward to write here soon!