Sri Lanka welcomes its visitors with the slogan "the wonder of Asia" and offers its own melting pot of religion, food, architecture and music. Strongly influenced by India, one can find Ayurvedic rice dishes and Tuktuks as transport vehicles everywhere.

Buddhism is the major religion in Sri Lanka. It is given a place of preference in the national constitution and public life, although Hinduism, Islam, and Christianity are also practiced by smaller portions of the population. The main ethnic groups are: Sinhalese (Buddhist), Tamil (Hindu), and Muslims. Sri Lankan Buddhists and Hindus share a number of beliefs and ritual practices. The moral codes of both recommend moderation and restraint and the concepts of karma and rebirth are central: actions in the current lifetime will determine the kind of life into which one will be reborn. I feel, that this belief creates a positive and calm energy. It makes foreigners feel save and welcome, especially when travelling.

Ahungalla is a quite small, rural town at the south-west shore of Sri Lanka. It is close to the colonial city and tourist destination Galle, which offers many cultural and historical sights. The one world foundation school is located in the center of the town and offers free access to education and training for more than 1.000 students. Most important is the English unit, which works with pupils from 6 to 25 years, in order to improve and develop their English language skills, which are essential to their further career goals in the internationally oriented emerging market of Sri Lanka. Speaking skills are above all in the focus of young learners who are operating with a completely different pronunciation system. Cultural exchange and innovative teaching methods with motivating action units are welcome and needed so that there is much room for teaching activities with a glance over the rim of our European tea cups.

The One World Foundation school belongs to the Bogenvillya guesthouse and ayurvedic resort. It was built by Kathrin Messner and her husband on private expenses for many years in little thoughtful steps. A paradise garden, direct access to the beach and wellness treatments in a lovely surrounding offer relaxation and inspiration to guests and artists from all over the world.

In 2004 the areal including the school were totally destroyed by a Tsunami but with the help of private and public donors and the engaged efforts of the Messners all bungalows could be rebuilt. The school grounds were moved to another place and installed even bigger than before. Now the old location remains as a resort which helps to finance the school.

However, the daily school routine is quite expensive and its persistence also relies on private donations. Even 50 Euro a year could make a difference, being put directly into the school account. By supporting the free education unit in Ahungalla you would contribute to improving chances for many kids from a underprivileged rural area. Please find more detailed information here: 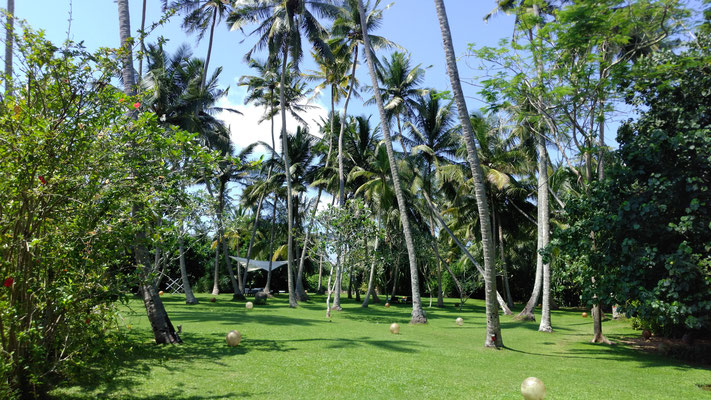 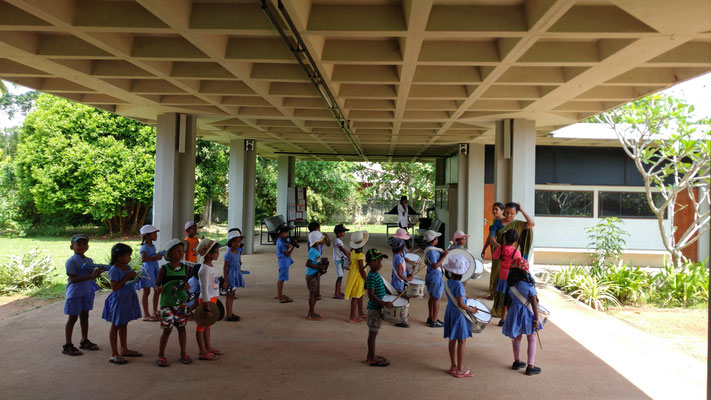 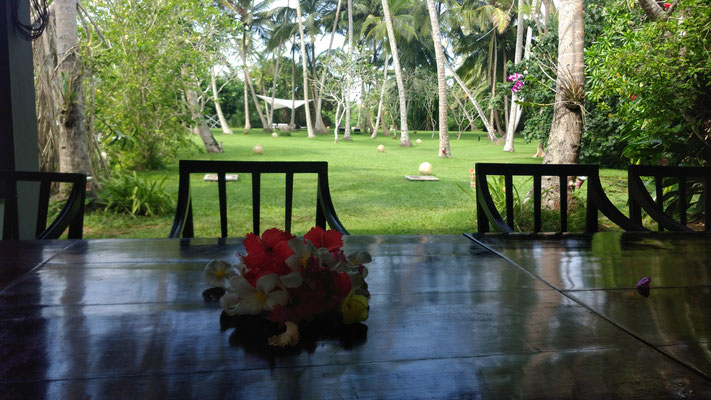 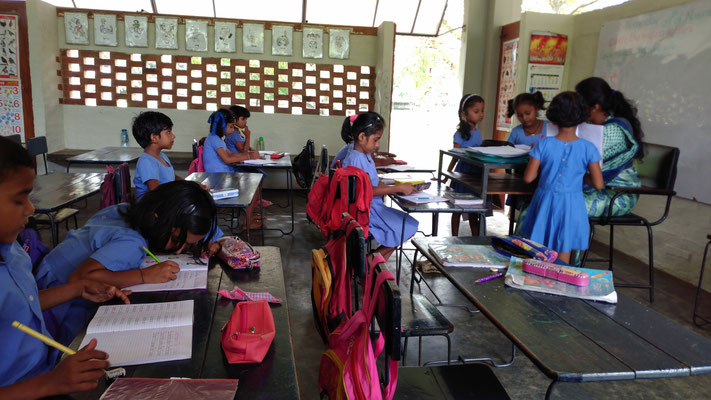 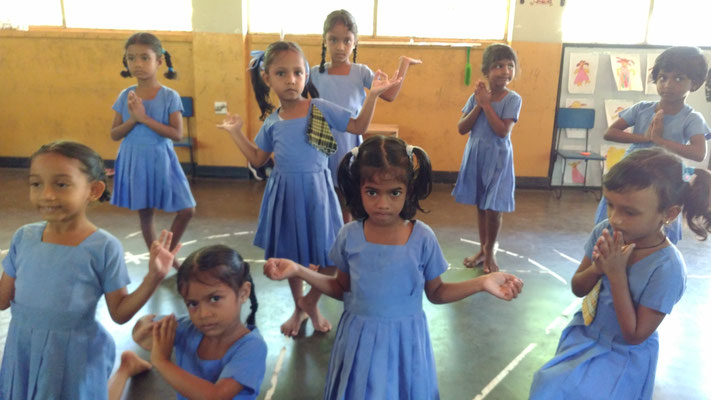 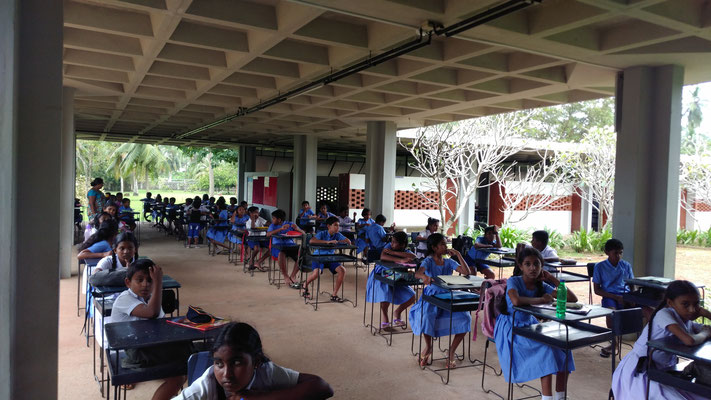 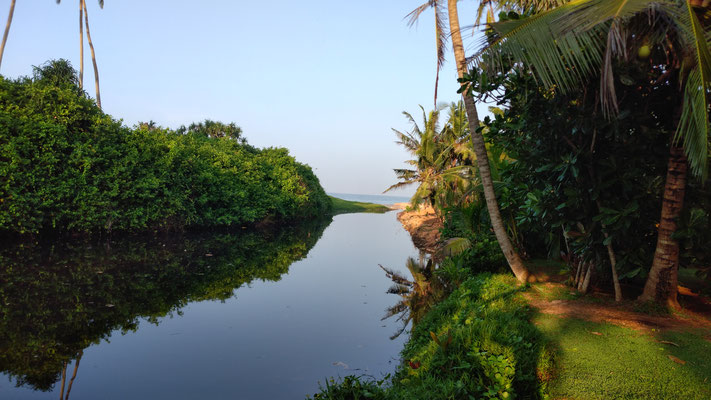 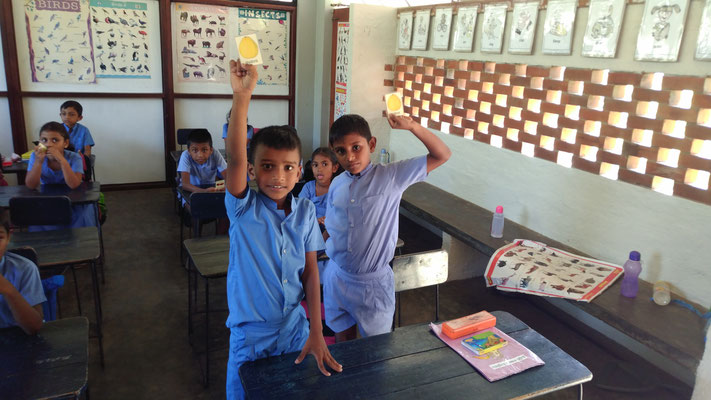 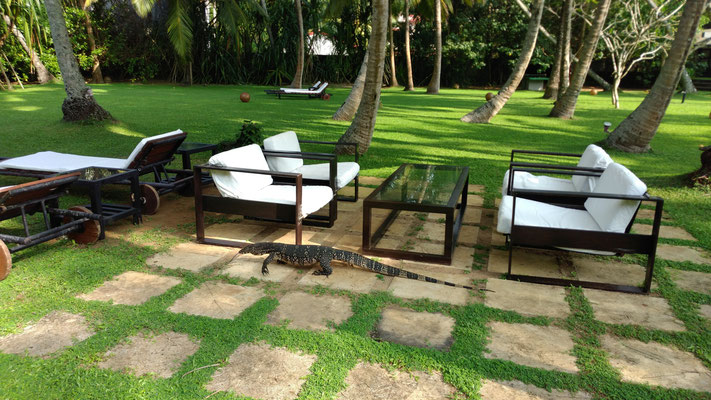